On Monday, as we were going to our phonics groups we were shocked to discover the role play area had been trashed and our treasure had been stolen!! We couldn't believe it! It made us feel very upset. Together we searched the scene. We discovered there were clues left behind. There was a sword, sticks of dynamite, a Royal Navy badge, an England flag and an ID badge with the name Edward Teach. It could have only been one person. CAPTAIN BLACKBEARD!! In our groups, we discussed what we could do to get the treasure back. Ideas included:- To make posters to alert people about the situation and what Captain Blackbeard looks like, call the police, look at the CCTV cameras and trap Captain Blackbeard. 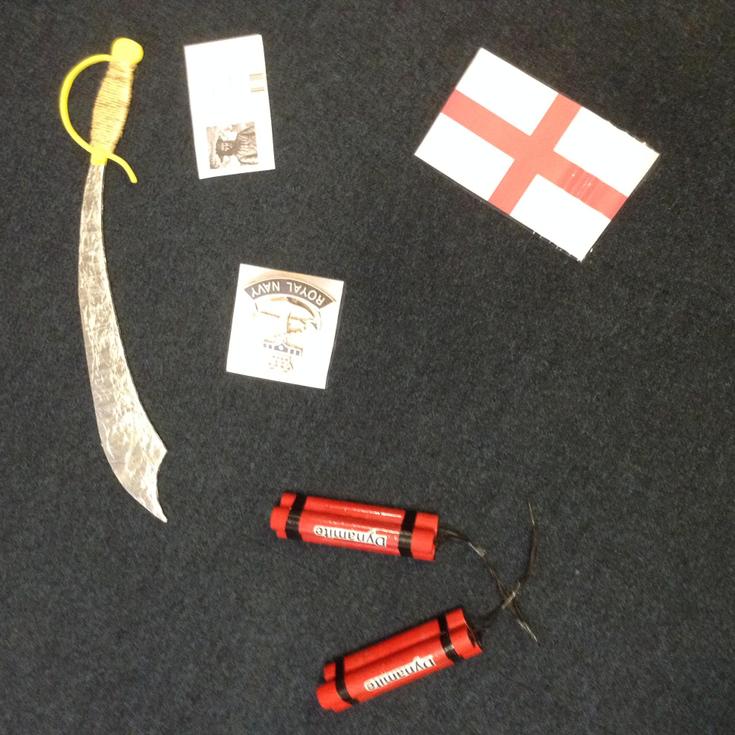 We quickly alerted Mrs Bingham about what had happened. She checked the CCTV cameras in school and informed us that she could see a person with lots of smoke surrounding them. As the smoke made the figure really blurry she wasn't able to make out who it was. We thought it must be Blackbeard as he always lit the end of his beard to make his beard smokey. 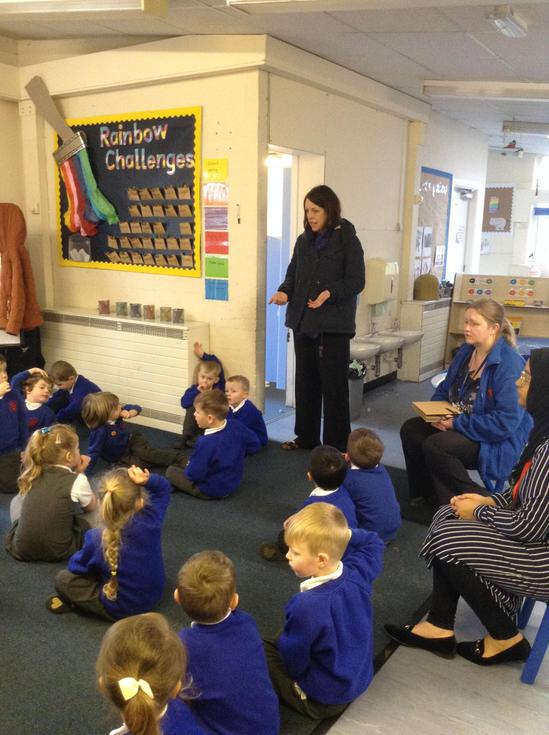 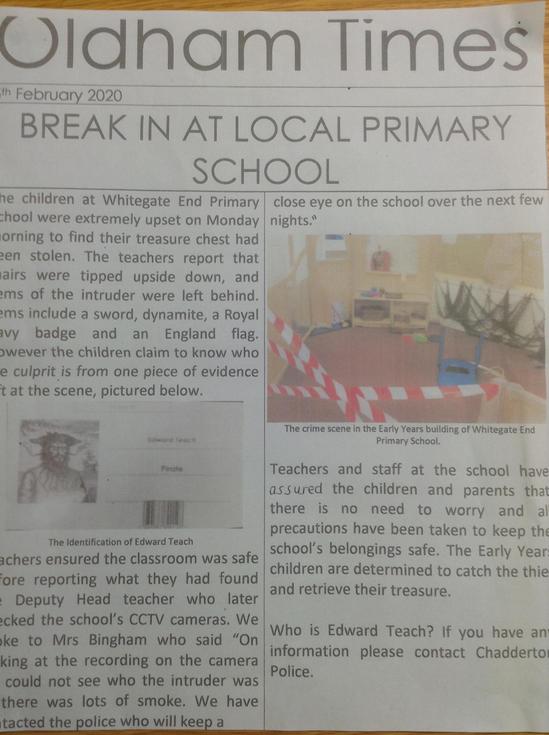 As this week is Mental Health Week, we have been thinking about ‘Find your Brave’. We gathered together to listen to a story called The Wolf’s Colourful Coat by Avril McDonald. Wolfgang can’t wait for it to get cold enough for him to wear his brand new colourful coat but when the time finally arrives, some nasty creatures make fun of it. Wolfgang feels upset and is afraid that they will hurt him again, so he hides away in the tree house. Spider encourages Wolfgang to tell someone he trusts about how he is feeling and he learns that things aren’t always as they seem. After the story the children returned to their class groups and joined in with a circle time session thinking about a time they had to be brave and share it with their friends. 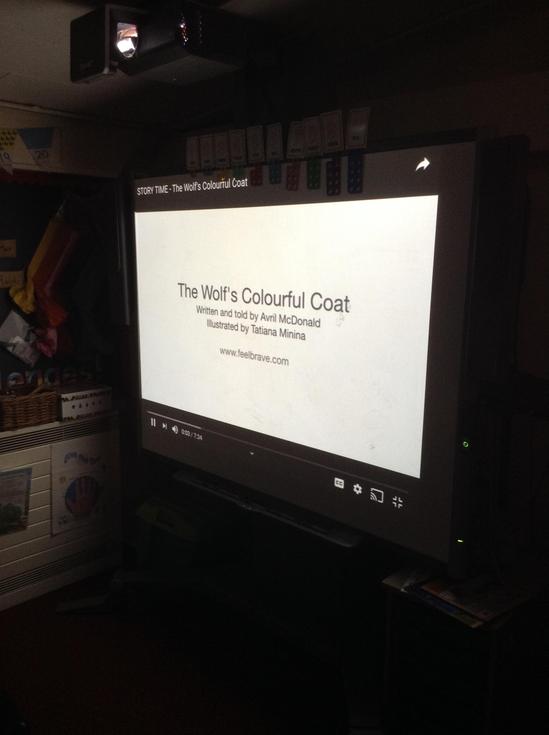 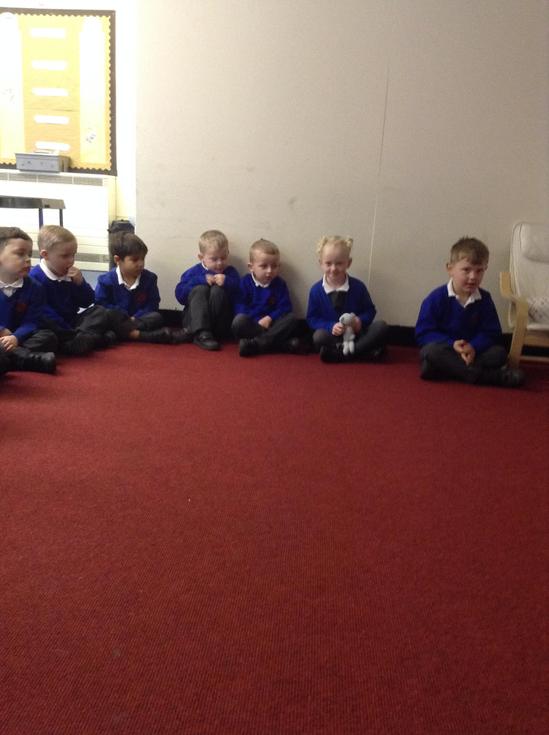 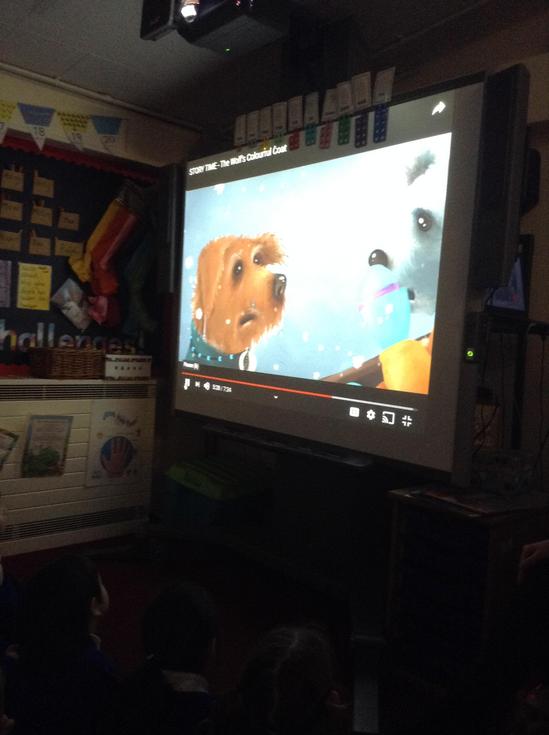 Next Friday, we will be having a pirate day. Please read the letter below for more information.